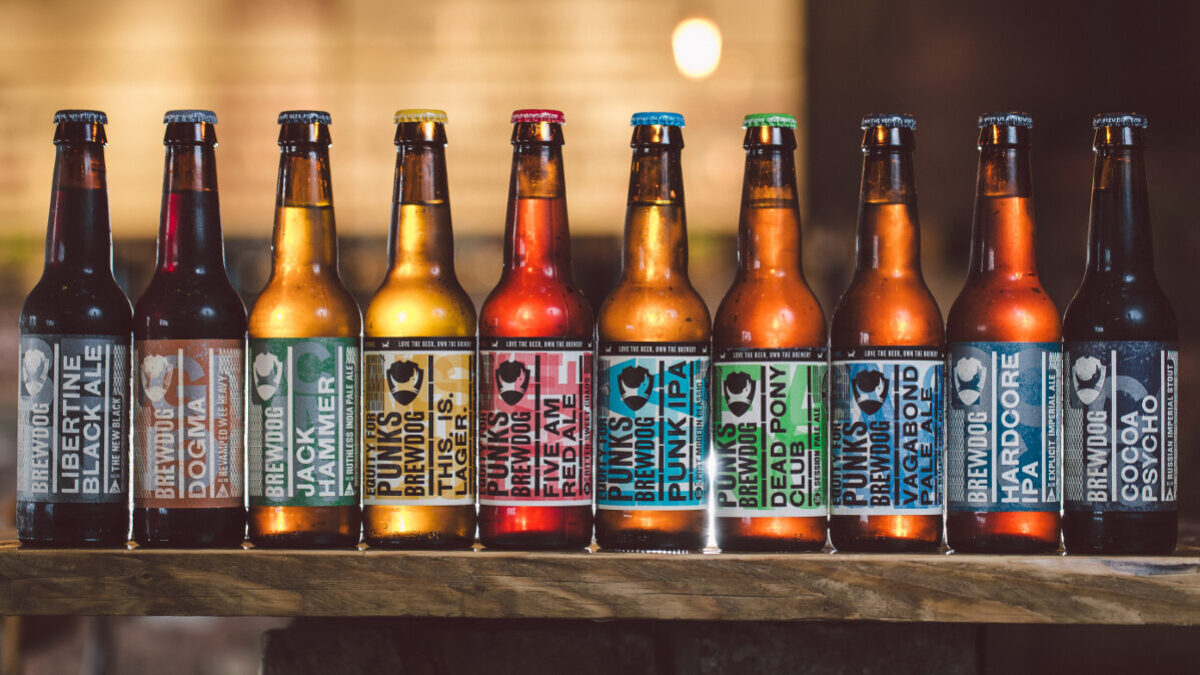 You may not know it, but today is ‘International Beer Day’, which presents a great opportunity to look at a subject that’s very close to our hearts. Surprisingly, it’s not beer…

True, bootstrapping rags-to-riches stories are rare, and if you’d predicted that this business would be worth nearly £2billion when it started in 2008, some might say you were barking up the wrong tree.

But BrewDog’s founders James Watt and martin dickie made it happen through hard work, dogged determination, a sprinkle of good fortune and some decidedly atypical marketing tactics.

So, how did they build their empire?

Spotting a gap in the market

Before Brewdog, the alternative beer to lager was mainly darker, more traditional British ale. There was no real mainstream manufacturer of the lighter, hoppy golden ales and IPAs that would become Brewdog’s calling card.

From a cobbled-together brewery in a working-class part of North-Eastern Scotland, the intrepid duo endured a tricky first few years, refining their brewing technique in spite of cashflow issues. Their first big break came when they managed to seal 1st to 4th place in Tesco’s bottled beer competition, with beers like Punk IPA, Dead Pony Club and Clockwork Tangerine.

Being “stupidly ambitious” and unwavering self-belief

When Tesco asked the pair if they could supply 2,000 bottles a week for 500 stores, they replied ‘yes!’ without a second thought, even though they were still bottling by hand!

Was their bark bigger than their bite at this point?

Almost certainly, and when they were initially turned down for 150k by the first lender they approached, it would have been easy to roll over under the pressure. But they persevered, and managed to secure a better deal from another lender, Watt describing their attitude as “stupidly ambitious”.

Brewdog has pulled off many publicity stunts in its time. From raining down embalmed ‘fat cats’ from a helicopter in London (https://lnkd.in/eJaz2tBw) to both changing their Christian names to ‘Elvis’ to avoid a lawsuit over their ‘Elvis Juice’ IPA, the pair have never been shy of courting controversy or ridicule if it will garner publicity.

From offering easily purchasable ‘equity for punks’ to its sharp focus on sustainable practices, the business always has a handle on what matters to the consumer. It has managed to create a perception of itself as a community of non-mainstream beer lovers, in a way that few other brewers have.

The result? Brewdog is valued at nearly £2billion today.

Brewdog is a remarkable success story, but it’s said that every dog has its day.

Here at Rowan we have helped fuel hundreds of growth journeys over the years, and created considerable wealth for SME founders and investors alike. Get in touch with us here –> https://lnkd.in/eFfHyXH

‘Cheers’ to Brewdog, and to business growth.